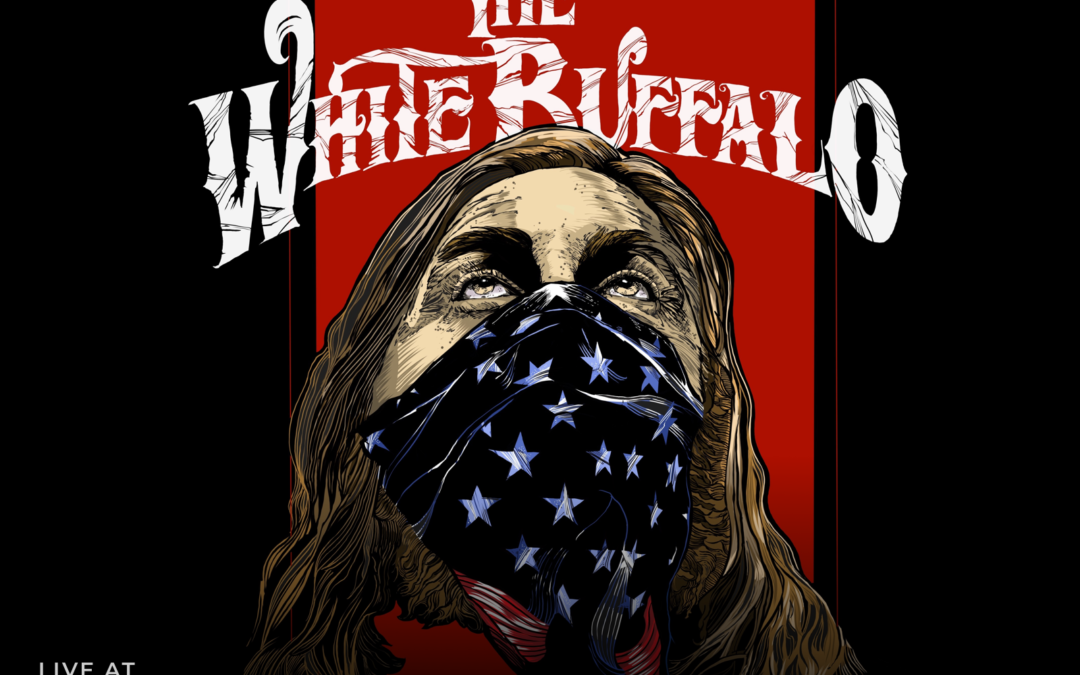 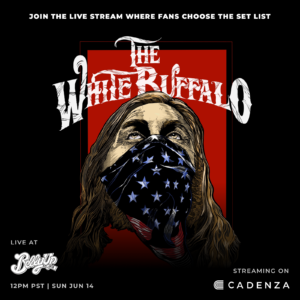 The White Buffalo (aka Jake Smith) has announced a second virtual concert in partnership with Cadenza.  On April 5th, The White Buffalo and Cadenza partnered in one of the first paid, premium quality live stream experiences to happen in the wake of Covid-19. Due to the success of that first stream, a second performance has been scheduled for June 14.

“Me, Christopher and Matt were really humbled by the success of the first live stream in April. It was pretty amazing to see our whole global fan community come together in that way, especially during such a tough time for the world. We wanted to up the stakes for number two, so it only made sense to do it at one of our all-time favorite venues, the legendary Belly Up Tavern!”

The Belly Up Tavern in Solano Beach, CA is a long-time staple of The White Buffalo’s, and a natural fit for the stream.  Fans can purchase tickets to the event at https://cadenza.tv/set/the-white-buffalo.

“The White Buffalo is one of our most treasured artists.  He has a legacy of incredible live shows here at the Belly Up and we’re excited to show the world how well his artistry and our venue work together.  Its inspiring to me that artists like Jake are willing to put in the effort to give their fans a true concert performance at a time like this, with professional sound and lights, on a real stage, and it also helps support live venues like ours at a time when we really need it.”

– Chris Goldsmith, The Belly Up Tavern

Billed as an “all-request” event, this stream will expand upon the first by making fan engagement a core focus. After fans purchase a pass, they will be able to request songs within the exclusive “Song Requests” section of the event page. Fans should first check to see if a song they want to request has already been requested, and if so, upvote it instead of typing it in. If a song has not yet been requested, anybody can type it in for other fans to upvote. There will be a 5 song submission limit. The most upvoted songs will create the setlist.

The White Buffalo recently released his seventh studio album On The Widow’s Walk, produced by Shooter Jennings.  Upon release, the album charted in six categories, including #1 Bluegrass #2 Americana/Folk #4 New Artist #8 Rock.  Newsweek praised the album saying it’s “an adventurous work of Americana” and Associated Press said, “Listening to The White Buffalo’s songs on the road will make you take the long way home so you can enjoy them a little while more.”

“I am able to put myself into the situation of the character, even though that character may not represent my point of view,” Smith reflects. “I try to take it to a human level and keep it as honest as I can.  I guess what I’ve tried to do with this new album is to represent a broad range of emotions.”

The album runs the gamut exploring dark moments as well as more uplifting ones, and a little bit of what’s in between.

“I like to put some confusion into my songs, which is a very human element, I think.”

Smith has also been using time away from the road to revitalize his popular acoustic YouTube series, In The Garage, which has seen the release of four new episodes since mid-April after returning from a lengthy hiatus. Combining Smith’s natural humor, charm, musicianship, and taste for craft beer, In The Garage has proven itself to be an instant fan-favorite amongst day one supporters and new listeners alike.

Cadenza.tv is bringing music fans closer to the artists they love with a new art to live streaming. The company, headquartered in Los Angeles, CA, works hand-in-hand with each artist to tell an offstage story captured as a live event for fans to enjoy globally. Every production is of premium quality yet remains raw, uncut, and authentically catered to any genre of music. The only way to tune in is through Cadenza.tv, a platform and interactive experience continuously shaped and evolved by the artists themselves.

The Belly Up was opened in Solana Beach, CA, in 1974 with only a couple of mics and no stage. Over the years it became a frequent stop for legends like John Lee Hooker, Etta James, and BB King. Epic performances by Curtis Mayfield, George Clinton, The Neville Brothers and Toots and Maytals also are a part of the club’s early legacy. Since then, many artists have stopped by on their way up the ladder, including No Doubt, Black Eyed Peas, Mumford and Sons, Childish Gambino, and many more. Major artists have done underplays at the venue in recent years, including The Killers, The Red Hot Chili Peppers (who also played the club for 200 people in 1985), Jimmy Buffet, Willie Nelson, Ben Harper, Damian Marley, and Tom Jones.  And, perhaps most famously, the Rolling Stones played a private event there in 2015.