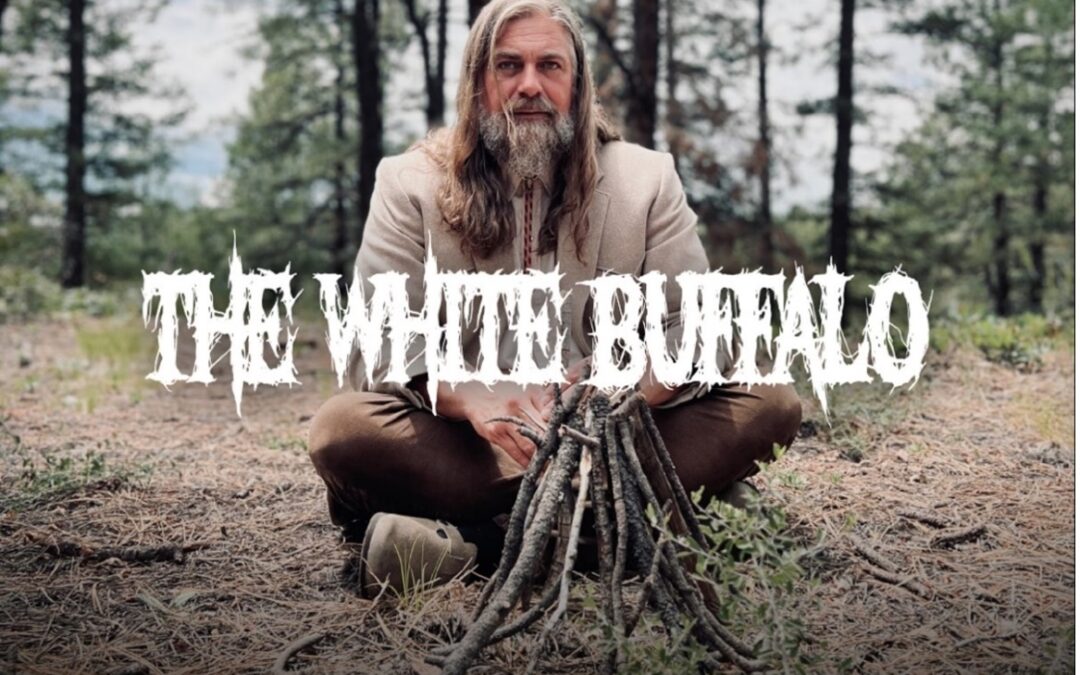 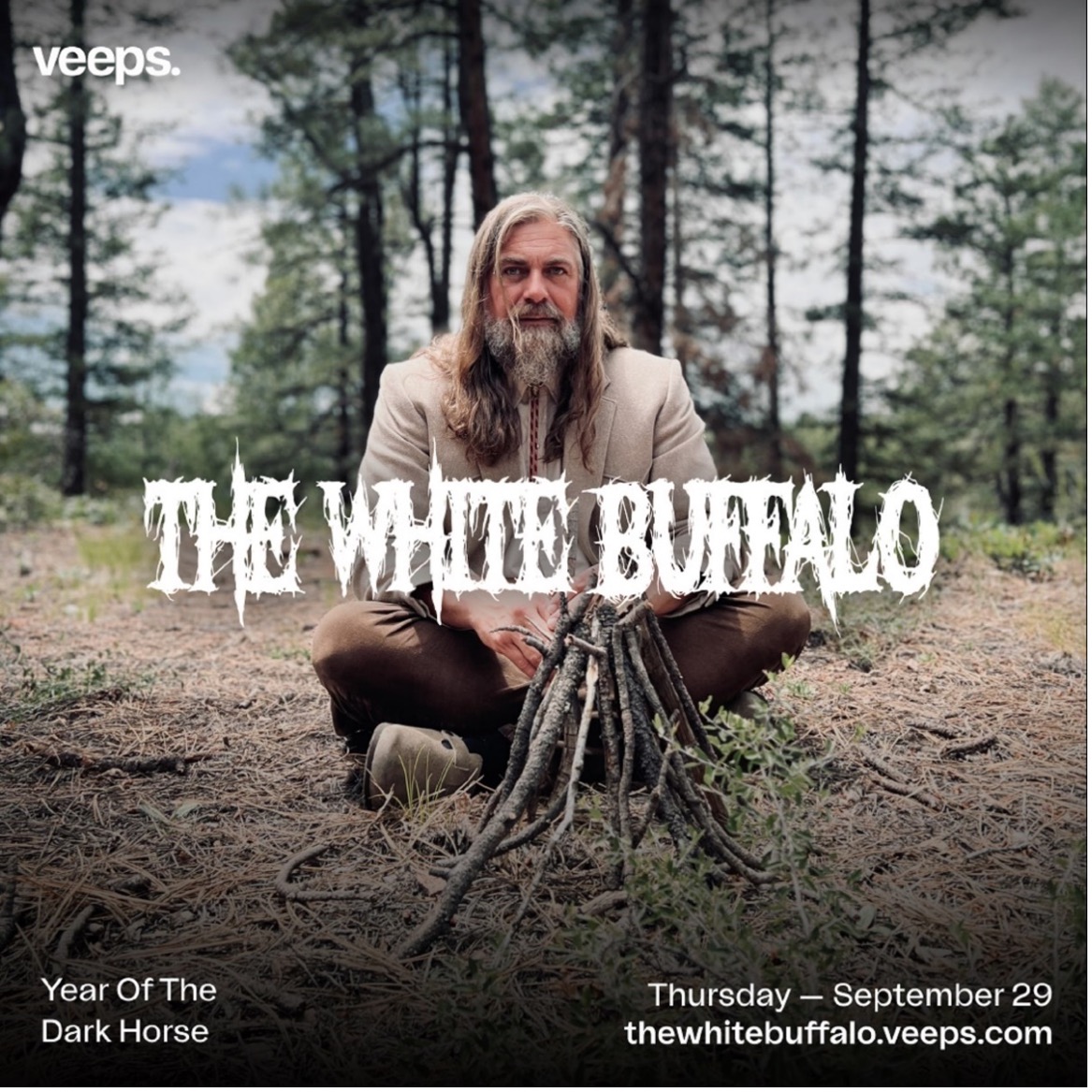 As THE WHITE BUFFALO prepares for the release of his eighth studio album YEAR OF THE DARK HORSE–out November 11 via Snakefarm Records—TWB has announced the worldwide live premiere of the film The White Buffalo: Year Of The Dark Horse set to air Thursday, September 29 in the U.K./Europe at 6:00 PM BST/7:00 PM CET, and in the U.S. at 6:00 PM PST/9:00 PM EST, via the premium global streaming platform Veeps. Directly following the airings, Jake Smith (THE WHITE BUFFALO) will take part in two separate Live Q&A’s; a one-time encore airing of the film and a third Live Q&A will take place on Sunday, October 2 (12:00 PM PST/3:00 PM EST/8:00 PM BST/9:00 PM CET). Tickets for “The White Buffalo: Year Of The Dark Horse” are on sale now at Veeps.com, as well as the Veeps App, Apple TV, Roku, and iOS/Android.

A visual, artistic interpretation of the story of the album, The White Buffalo: Year Of The Dark Horse the film was created by Jake Smith (THE WHITE BUFFALO) and features four different directors tackling each of the 12 songs on TWB’s forthcoming album YEAR OF THE DARK HORSE,  in an epic and cinematic way. The unique, high-concept, art film was produced by award-winning director Lee Diskin, and also features directors Gene Sung, Pete Macomber and C.W. Mihlberger. Similar to the new album which is based around the shifting of the four seasons, each director took three songs to symbolize Spring, Summer, Fall and Winter. As a result, The White Buffalo: Year Of The Dark Horse delivers the ultimate artist statement realized through captivating performance art.

“My forthcoming album is a sonic and lyrical journey of one lunar year in one man’s life” says Jake Smith, THE WHITE BUFFALO. “Four seasons in 12 songs… Loosely based on my twisted truths and adventures. I wanted to show the seasonal effect on the heart and the mind. I also wanted to abandon, sonically, everything. Escape the acoustic clutches and genres I’ve been associated with and shackled to. I wanted to make my headphones album. Every song bleeds into the next. I took it further and created a visual companion as an art film comprised of vignettes for each of the 12 songs. Part performance art, part cinema, The White Buffalo: Year Of The Dark Horse will take you, the listener and viewer, on the emotional roller coaster that is this album with a feast for the senses. Four directors take three song sections of the album and each taking a season into another. Winter to spring, spring into summer, and so on. This piece of art is made to be consumed in one sitting. Hopefully mildly sedated or elevated. Enjoy!! This is… Year of the Dark Horse.”

Watch and share the trailer for the film The White Buffalo: Year Of The Dark Horse, HERE. 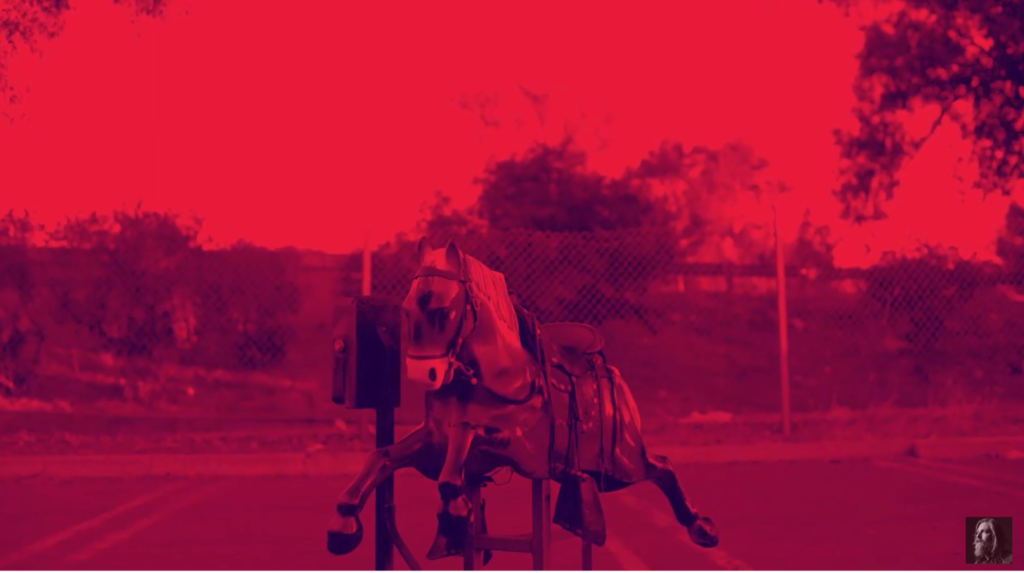 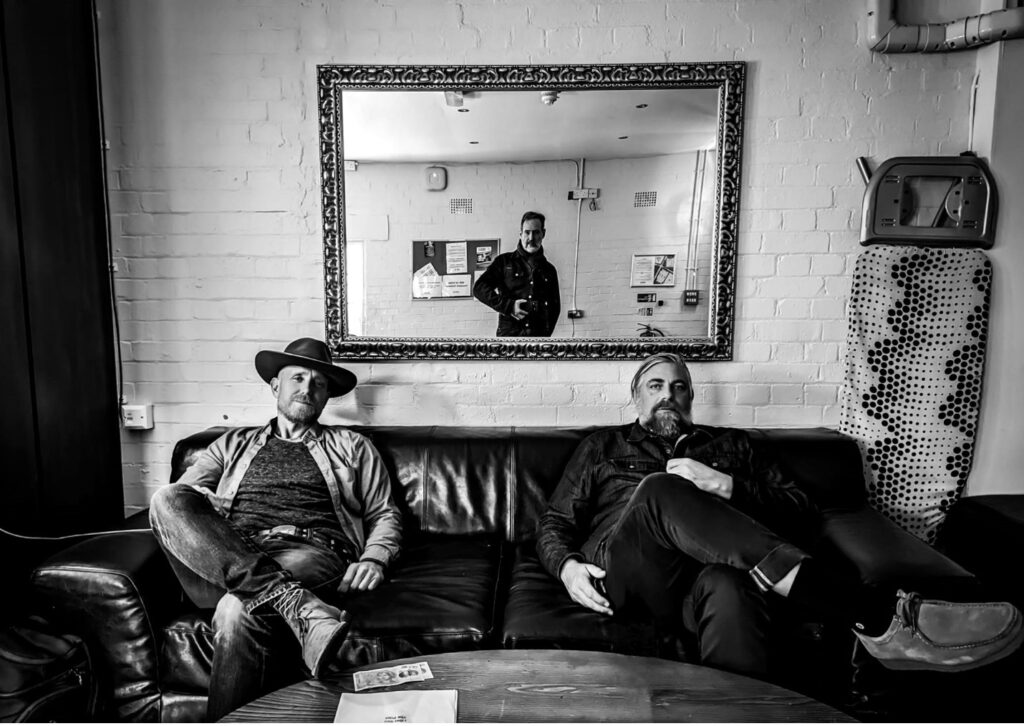 Above: THE WHITE BUFFALO is the alias for singer-songwriter-guitarist JAKE SMITH (pictured far right); the touring/recording band also includes Matt Lynott (pictured left) on drums, and Christopher Hoffee (pictured in mirror) on bass/keys/guitars.

THE WHITE BUFFALO is currently on tour in Canada, and on Friday, September 16, will perform at Beachlife Festival in Redondo Beach, CA. Smith will kick off his nationwide U.S. headlining tour on Friday, November 4 in Las Vegas, NV. Legs 1 and 2 will be on sale Friday, September 9 at 10am local times.

Following is the complete list of THE WHITE BUFFALO tour dates. All tickets HERE.