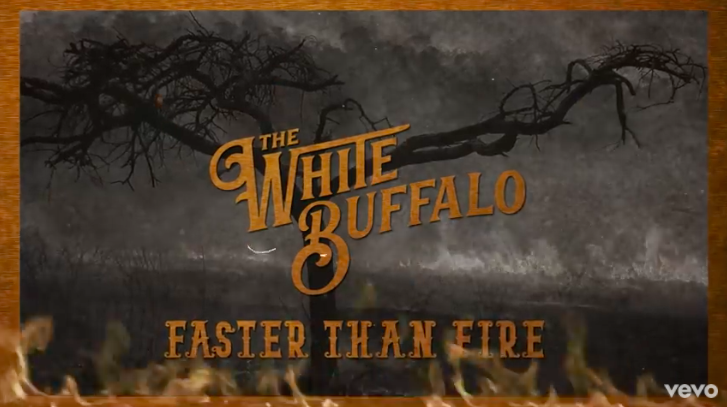 “Faster Than Fire is a song inspired by the fires of California in the fall of 2018. It’s an unflinching look at the merciless power and speed of Mother Nature and the destruction she brings. How in a moment lives and dreams are changed forever.” – The White Buffalo

PRE-ORDER ON THE WIDOW’S WALK

In light of recent show cancellations, The White Buffalo has partnered with brand new streaming service Cadenza to host a live stream concert this Sunday, April 5th at noon pacific.  During the stream, Smith will play old favorites as well as new songs from the forthcoming album, and the stream will also include a live fan Q&A session.

Fans may purchase a pass to access the stream for $10 at http://cadenza.tv/set/the-white-buffalo.